the milton avery show at the bennington museum 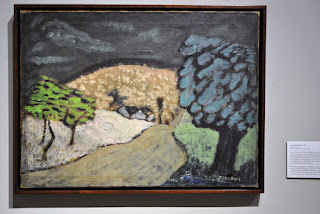 after a guild of vermont furniture makers meeting at ray finan's shop in south arlington, i continued south to the bennington museum to see the milton avery show.  really glad i did.  milton avery was, according to wikipedia 'seminal to American abstract painting—while his work is clearly representational, it focuses on color relations and is not concerned with creating the illusion of depth as most conventional Western painting since the Renaissance has. Avery was often thought of as an American Matisse, especially because of his colorful and innovative landscape paintings. His poetic, bold and creative use of drawing and color set him apart from more conventional painting of his era. Early in his career, his work was considered too radical for being too abstract; when Abstract Expressionism became dominant his work was overlooked, as being too representational. read the full bio here  avery was a big influence on mark rothko and adolph gottlieb as well as others of the early abrstact expressionist movement.
click the photos to enlarge them ... 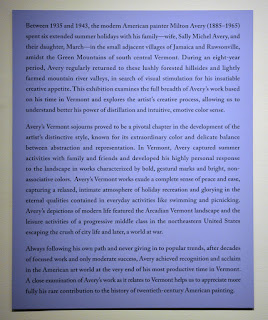 he also spent a number of summers just up the road in rawsonville and jamaica, vermont. 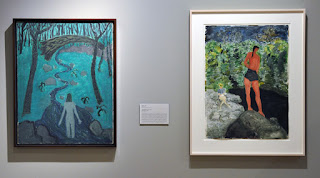 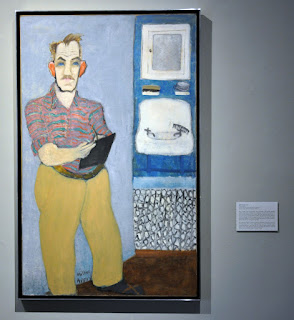 loved this one ..  a self portrait 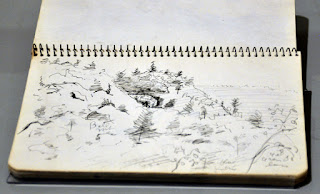 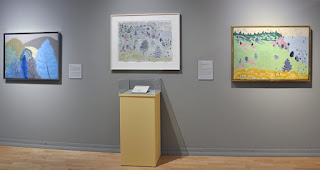 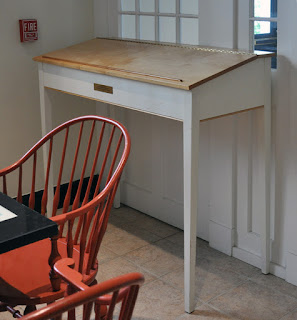 a while i was there, i also got to visit with a piece i made for the museum about 20 years ago ..
still lookin good
Posted by Dorset Custom Furniture at 5:45 AM