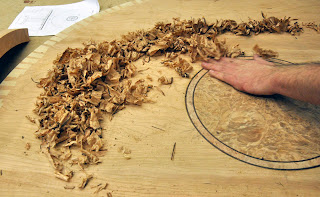 where do i start?  sometimes stuff blows through here so quickly, if you blink, it's gone ... lots going on.  lots of people shopping, (read lots of designs and proposals, not necessaryily new jobs.  but, better than total quiet, which was what it was like back in january ... more action at least now.  we are cautiously optimistic here ... so, what are we up to ... see some of the highlights below.  click the pictures to enlarge them .. 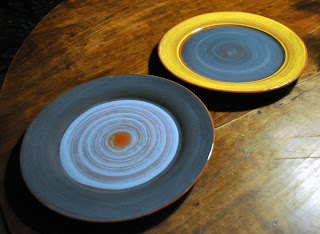 i'm doing a little pottery,  focusing on 'how to make plates'.... i never figured out how to throw them, but i'm working on a hybrid woodworking/handbuilt concept that involves mdf batts and finishing on the wheel.  more on that later . 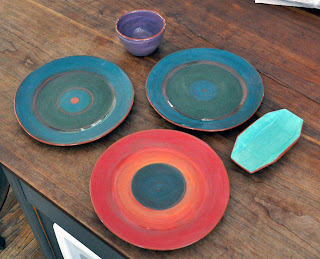 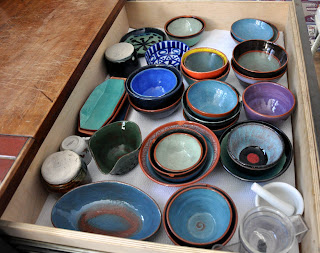 some of my previous stuff 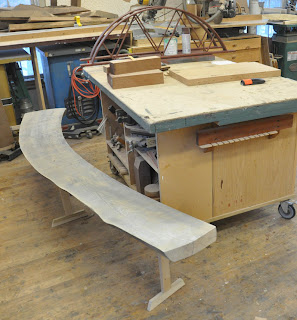 me and sam and jim are working on a new version of the 'bridges' bench for an upcoming gallery opening, and also doing a little concept work using the curved planks i've had around for a couple of years.  we're not there yet ... 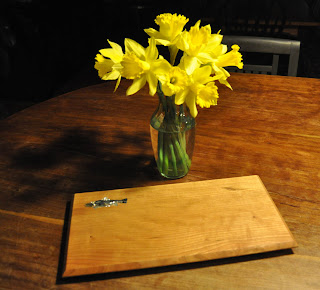 trevor and i worked up some 'trout cutting boards' that i will be using for some gifts i owe.  abalone and quartersawn cherry ... hmmm ... maybe we need a line of gift cutting boards ... ha ha 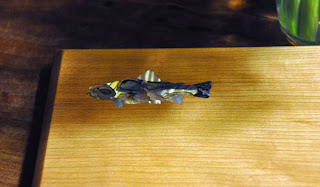 here the trout is in the shade, under cover. waiting for spring no doubt. 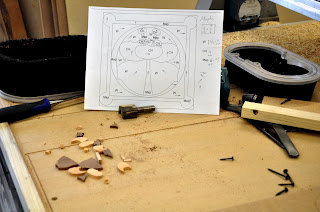 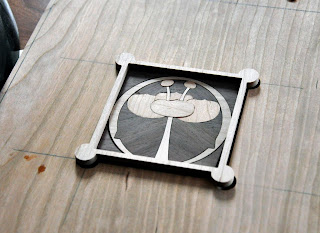 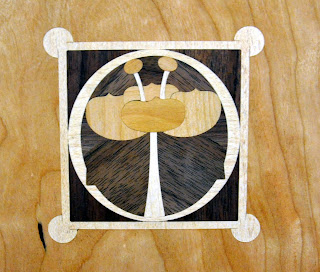 looked good when it was finished ... 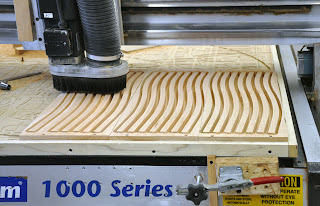 and now we're helping him with 16 chairs ... ugh.  that is one big lot of pieces of  wood to organize. 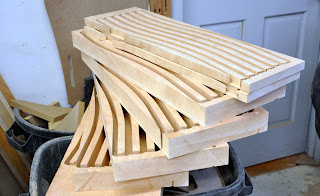 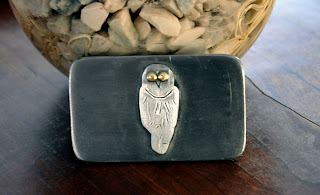 stuff happening in the metal shop too ... above is a custom 'owl' belt buckle 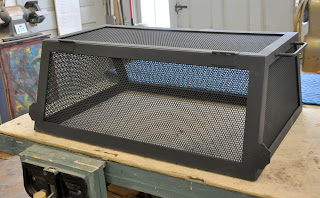 and we shipped this fire pit spark screen to stowe last week ... just in time for the spring skiing/hot tub season 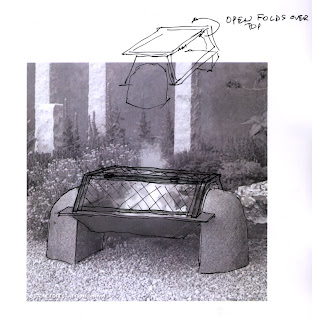 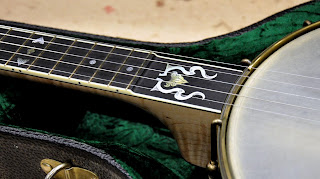 seeders instruments, will's banjo website, has several new banjos and audio/videos up ... lots of pearl engraving and other custom stuff ... he is BUSY with the banjo stuff.  he's got to keep his day job though or i will be in trouble ... 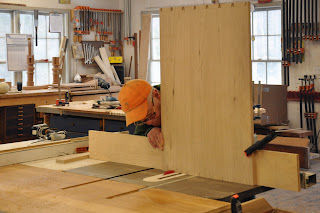 and i have a friend i'm coaching through a wedding present for his son.  it's a six board blanket chest with a wood burned clump of morels on the front and some inlays on the top ... fortunately, he is a handy guy and just needs a few tips and some encouragement and off he goes.  and, he's got until may, so i think we'll get it ... 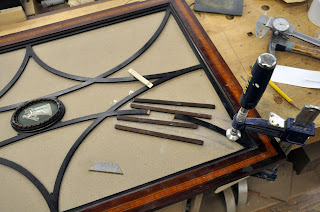 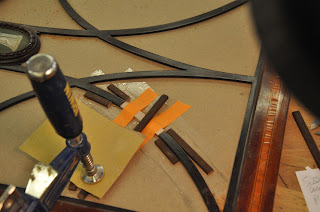 the glass and the grid had been broken in a move and we had to make up a splint and graft it on. 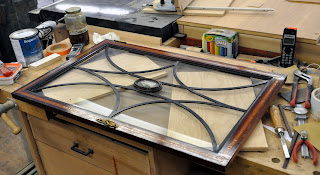 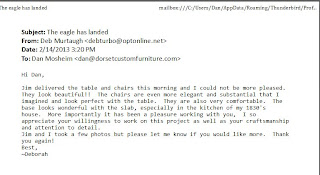 a nice testimonial from the ladderback chairs and table base client 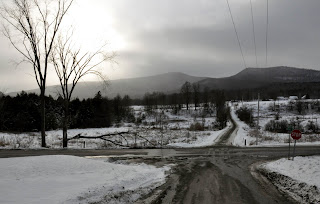 some 'black and white "color" ' photography ... it's been a gray february and march here ... the only thing with color in this photo is the stop sign 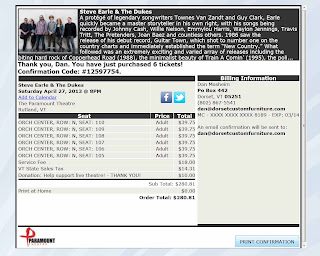 steve earle in april will cheer us up though 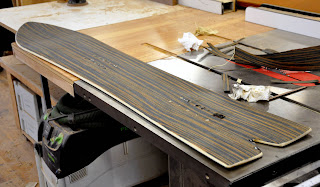 and then there is the powderjet maccassar ebony snowboard ... that should be a hot one ... 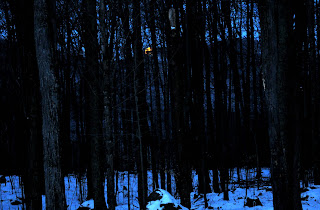 plenty of sunrise/sunset pictures on my blog ... i think this is my first 'moonset' photo ... all for now.


Posted by Dorset Custom Furniture at 8:03 AM