bout time .. sheesh!  .. it's been a long winter, and while the tide is definitely turning, i think i was the only one on the golf course today in shorts.  the temperature made it into the 50s, but there was a pretty good wind and that kept the sweaters (and some light parkas) on. 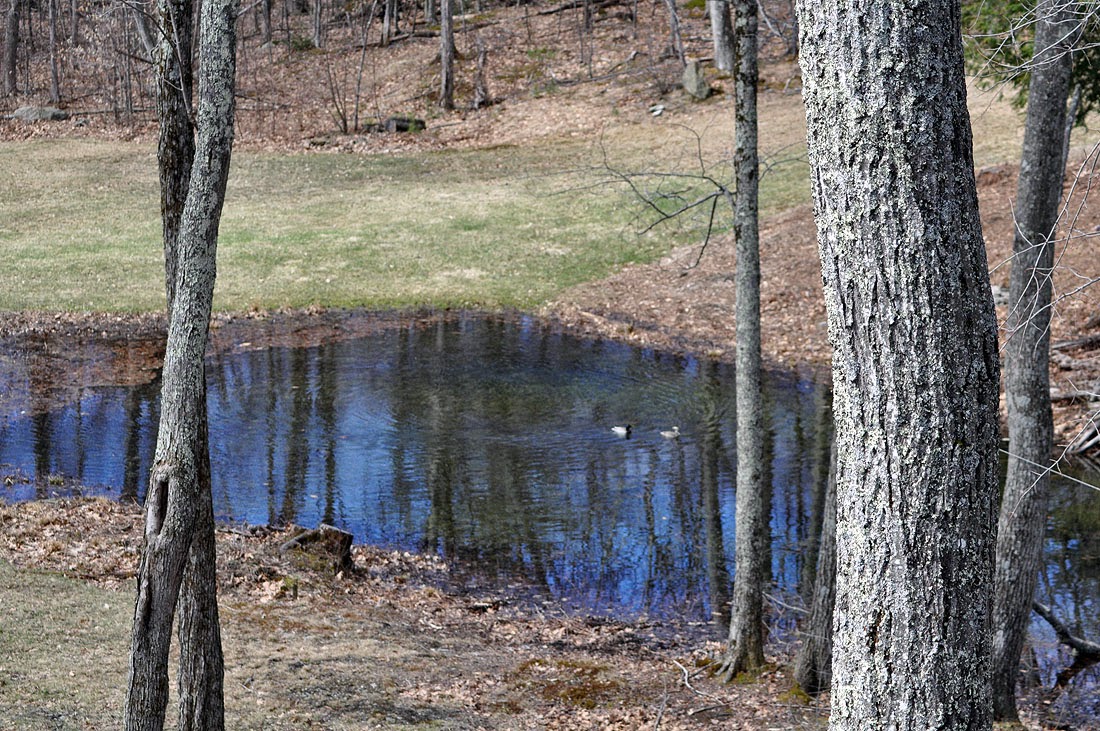 but, the ducks are back.  they showed up yesterday, and i think it's their latest first appearance
in the 18 years we have lived here.  some years they show up in march. 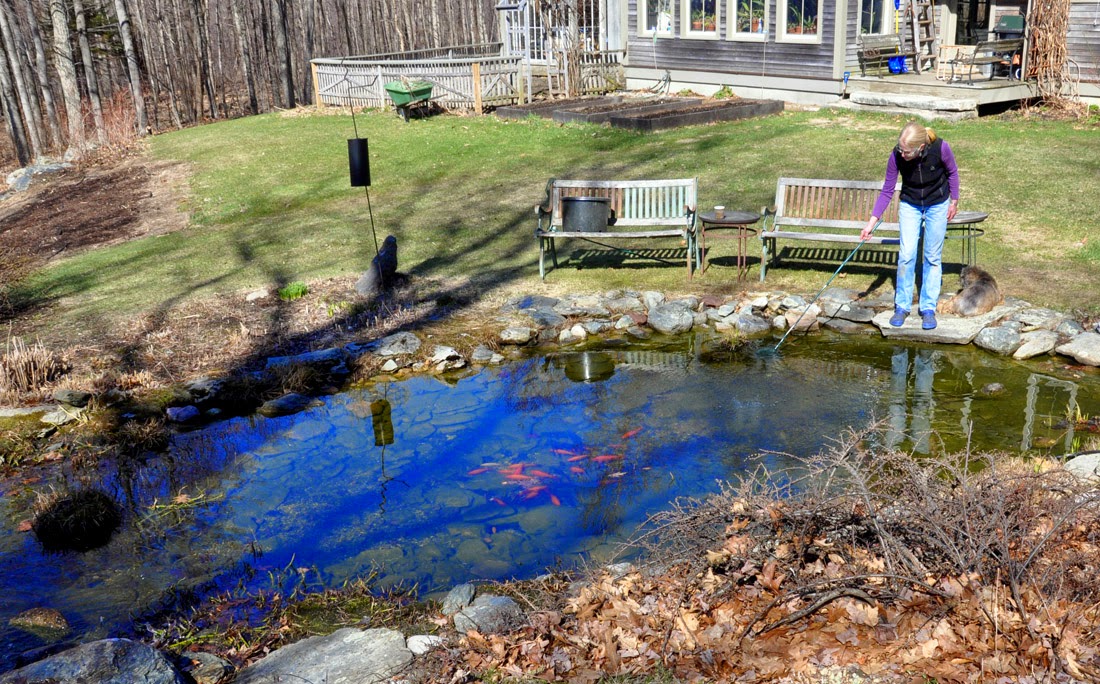 other good stuff is happening too.  the goldfish are all happy and the pump and filter has cleaned the sludge out of their winter water.  crystal clear now .. click the photos to enlarge them. 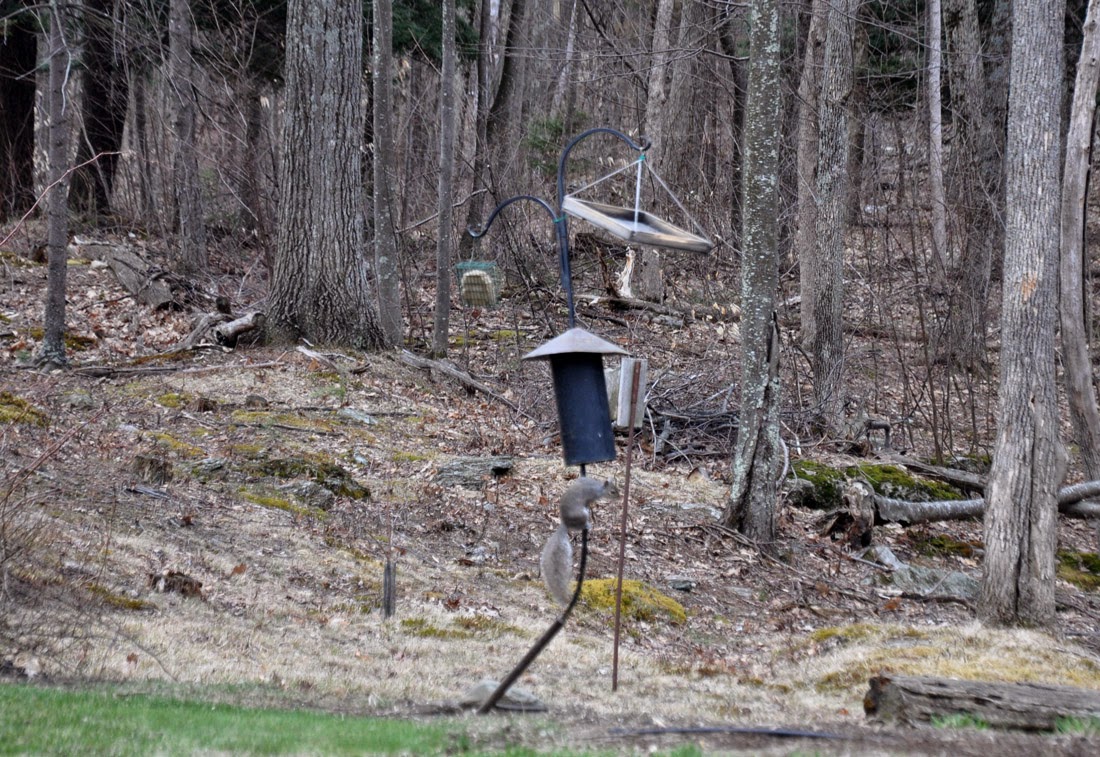 mr. bear came by thursday night and made a new sculpture out of the bird feeder.  mr. squirrel thinks he can get up the pole now that it's on a slope and his persistence in trying was both impressive and hysterical.  an excellent example of the fail. 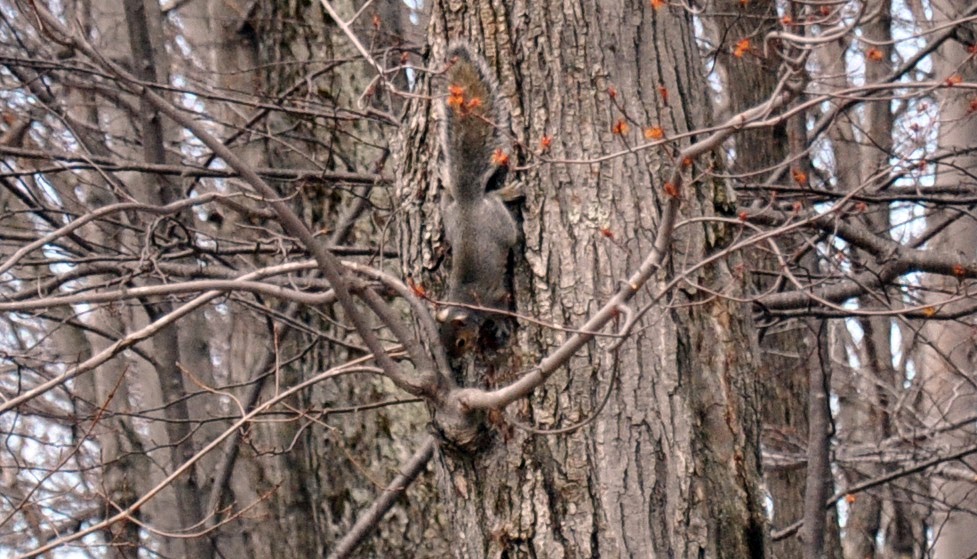 and on the other side of the house, three baby squirrels were out an practicing going up and down the tree.  they never actually left the tree, but they got down to about 2 feet off the ground, then turned and went back up to momma, who was cracking acorns for them back up top.  i tried to get them all together,  but ran out of patience.  the little guy in the photo above was about half size of his mom. 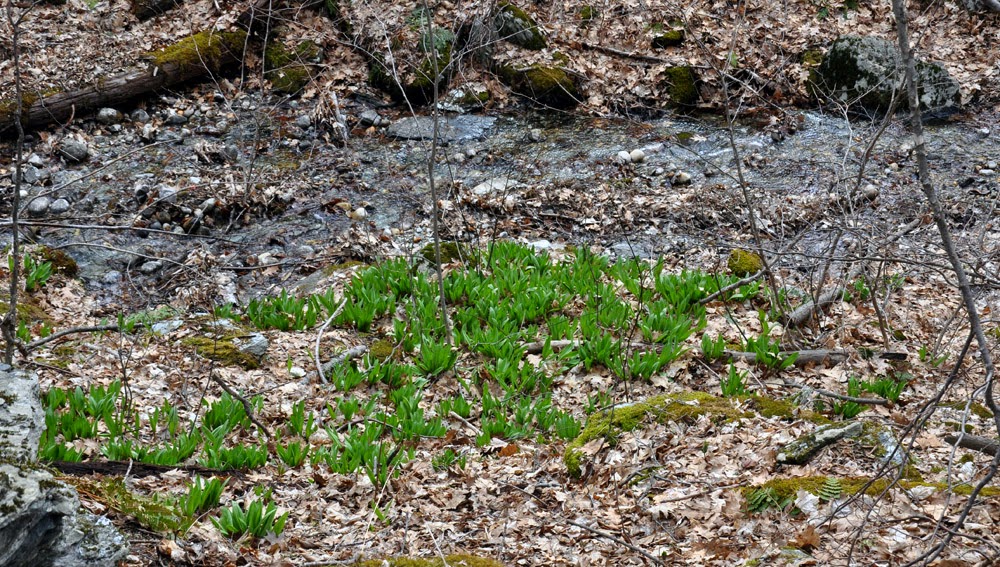 the wild leeks are up in the ravine above the pond, 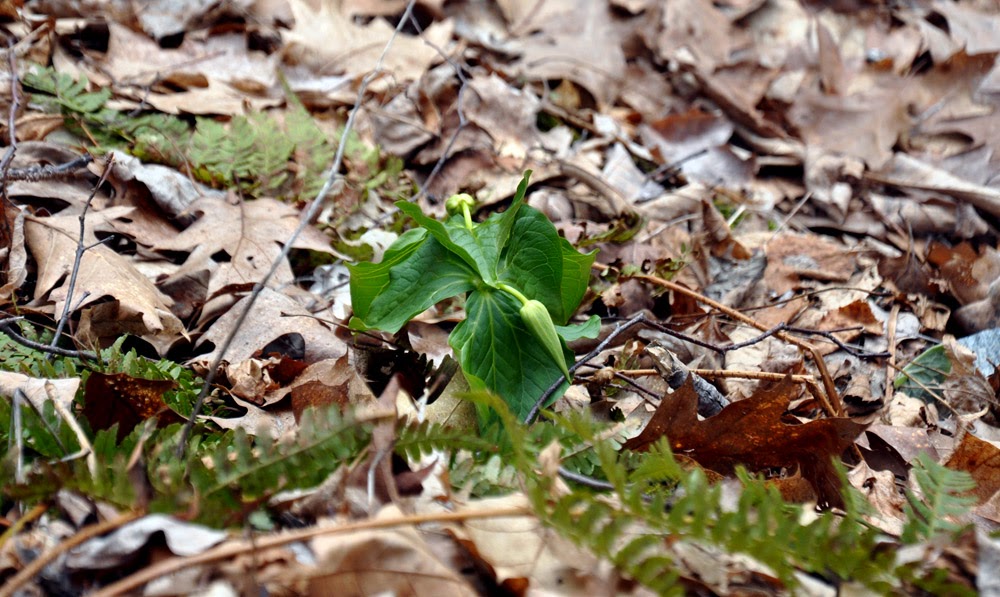 and the red trilliums have buds but not flowers quite yet. 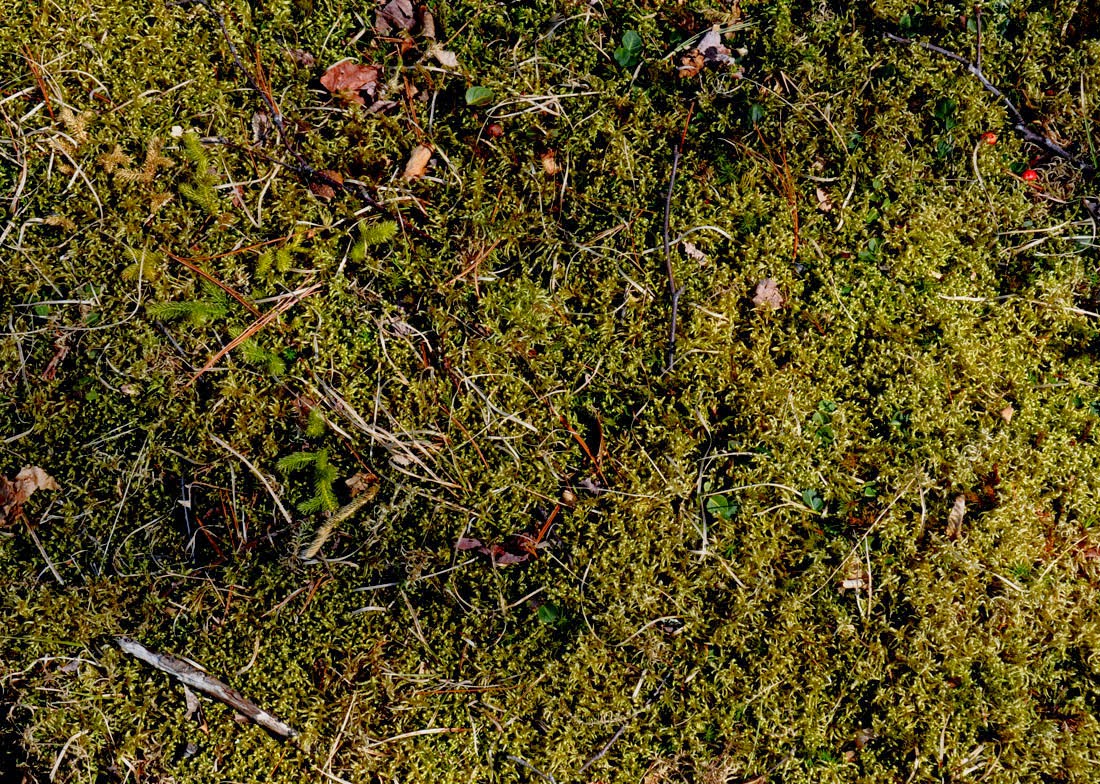 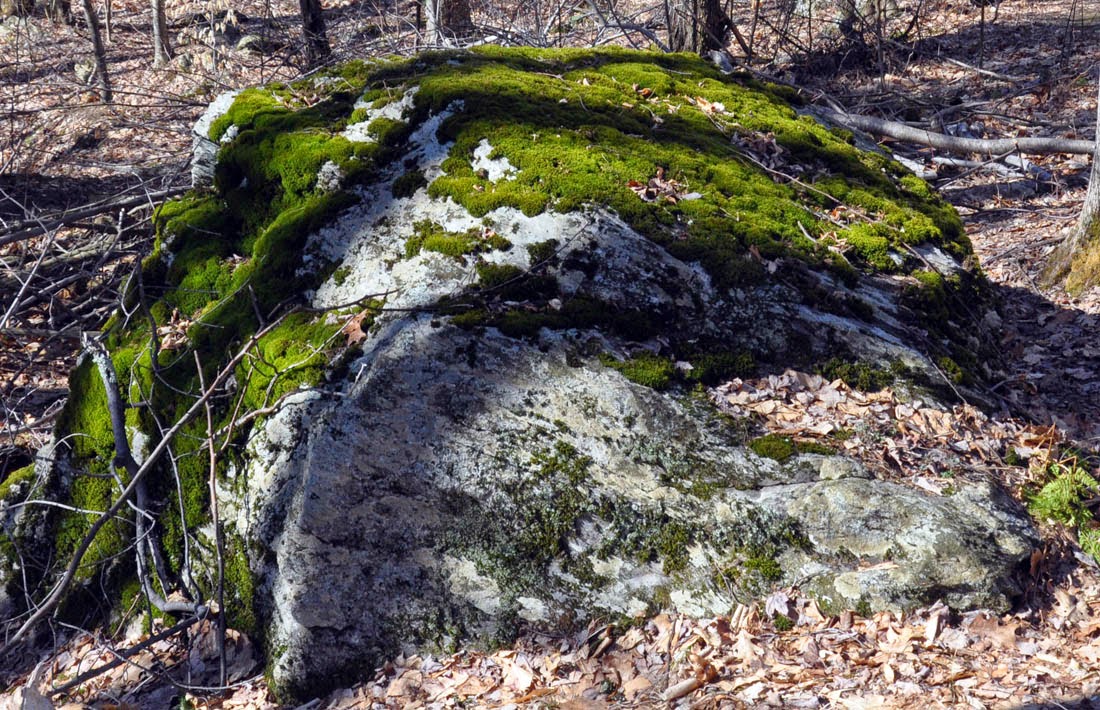 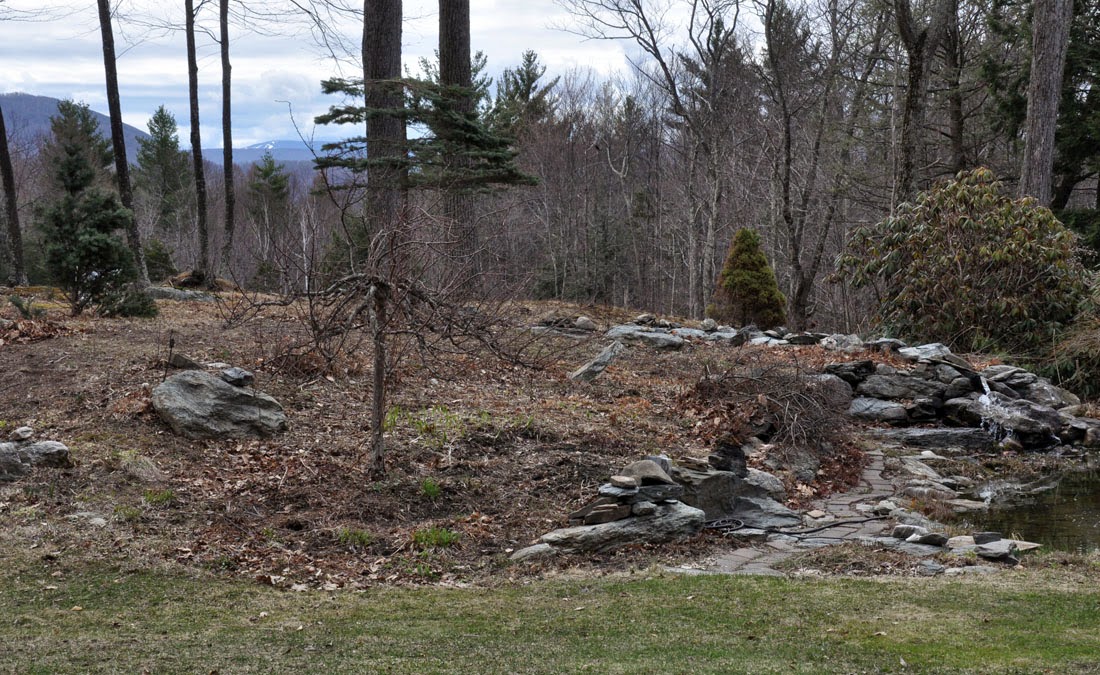 and the snow is pretty much gone except on the mountains and at the ski areas, like stratton mountain in the distance. 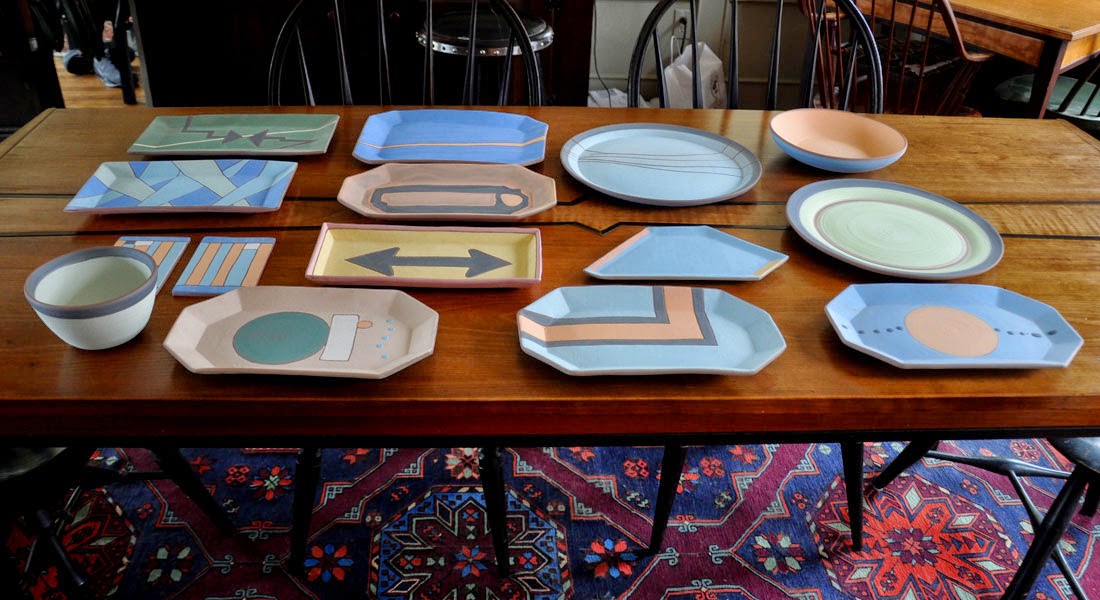 new plates in the kiln today 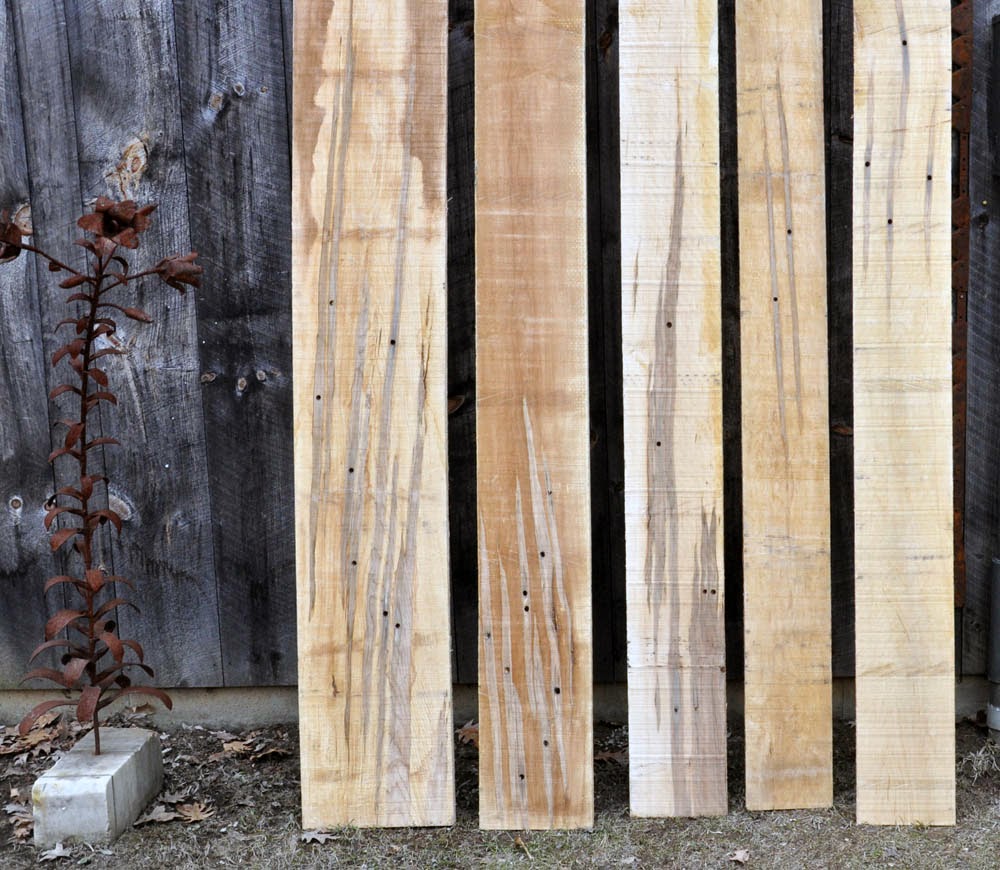 and a friend brought me some sap spout maple for helping him with a project in the shop .. nice! 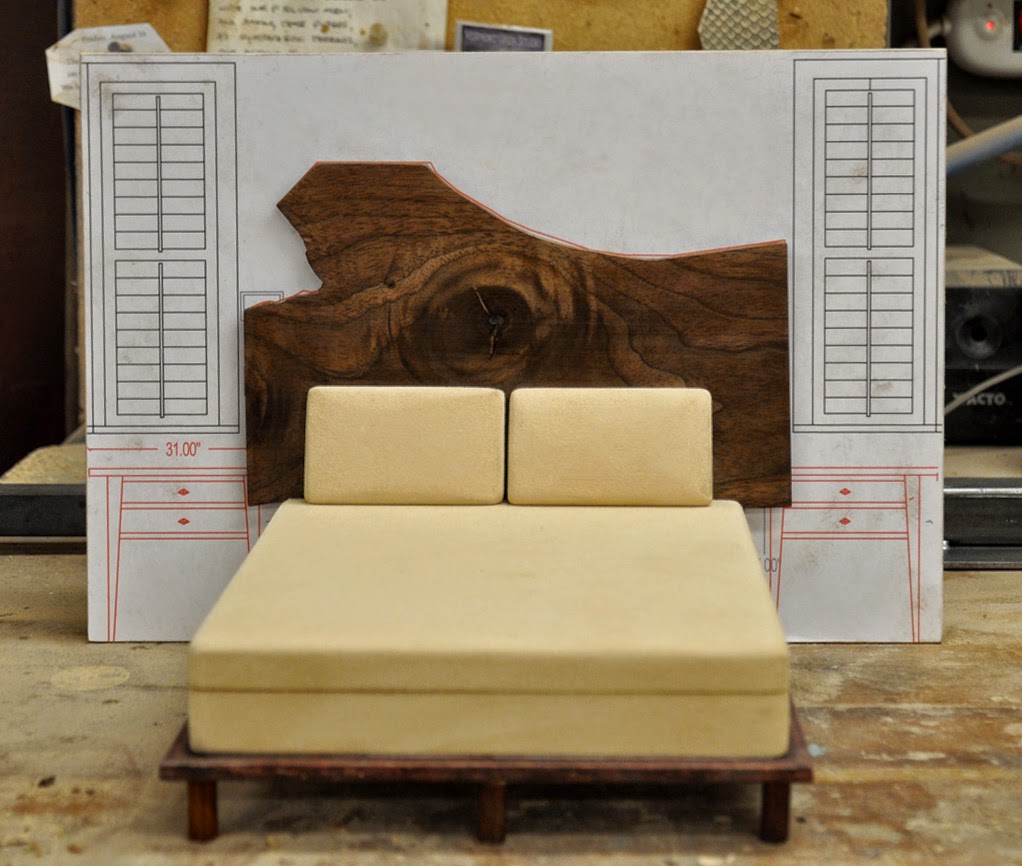 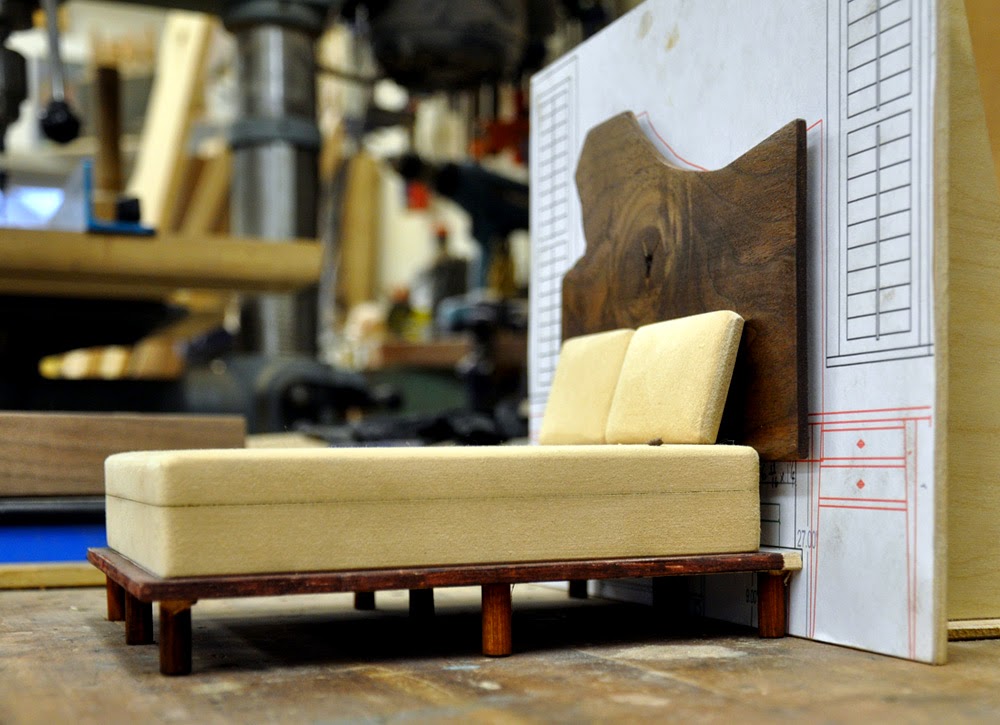 and we start a new slab headboard king size bed tomorrow ... more photos on that as we progress.

Posted by Dorset Custom Furniture at 6:34 PM No comments: 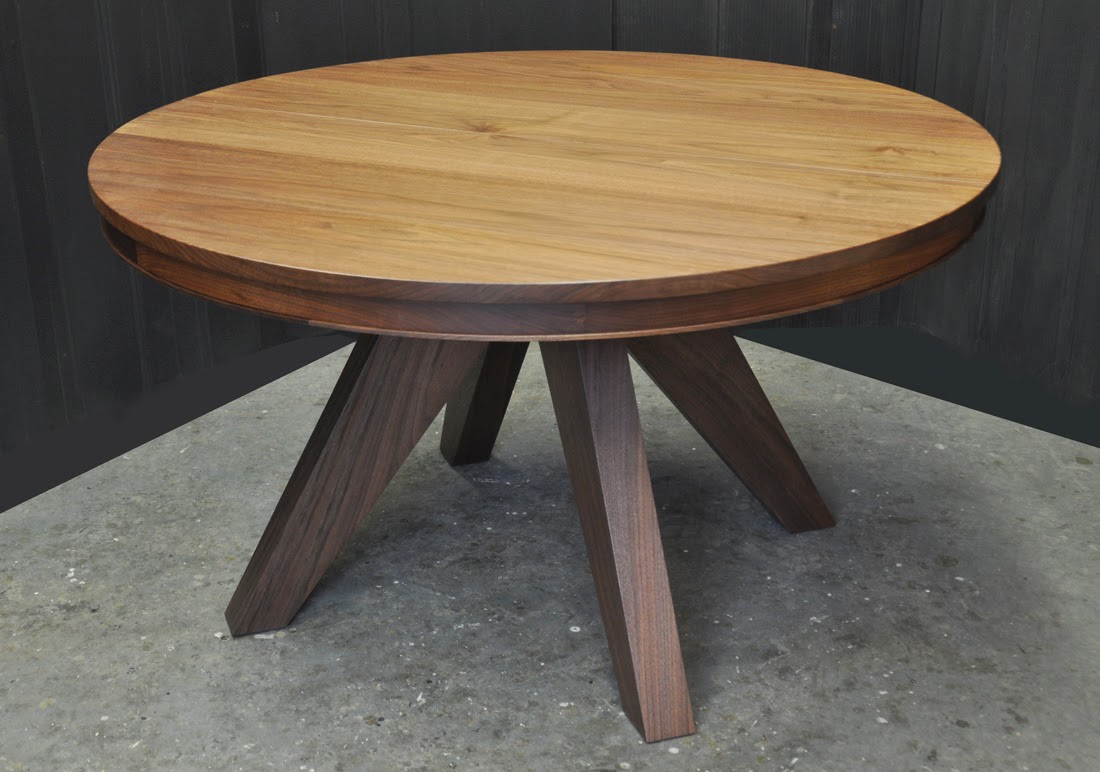 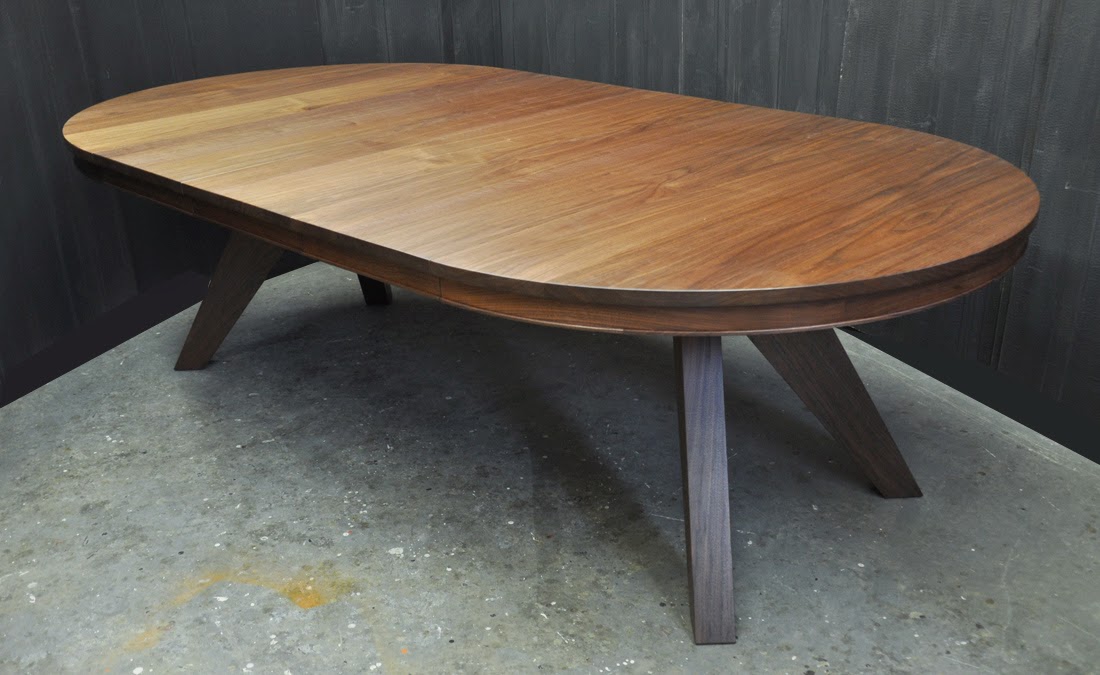 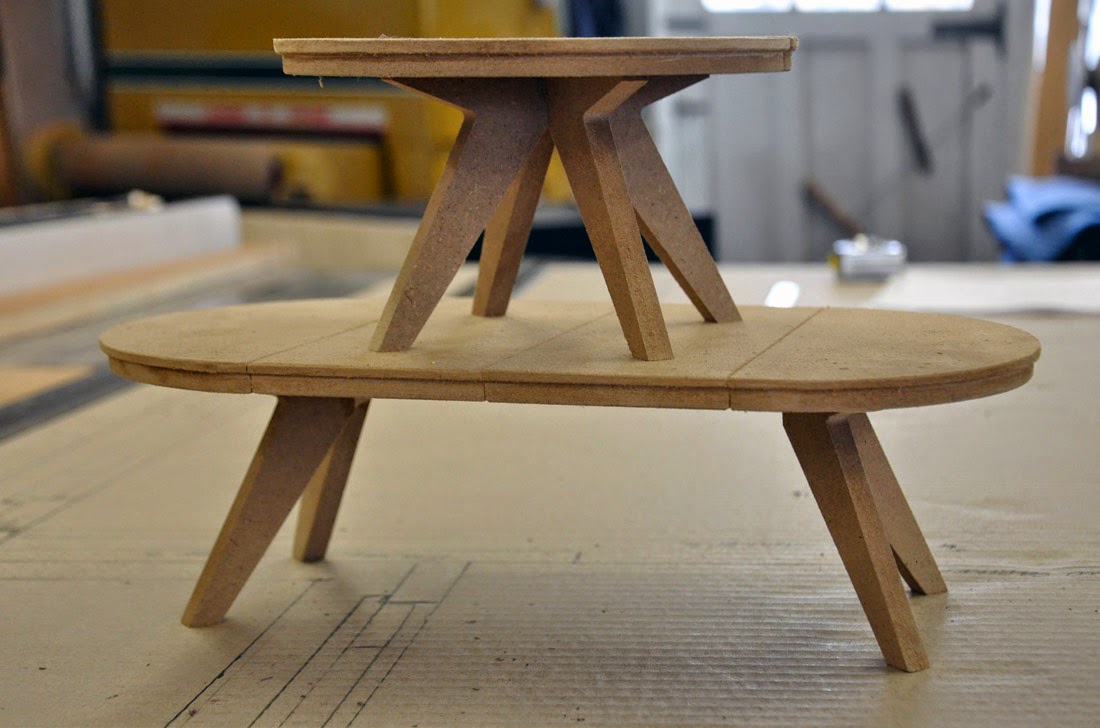 4/5/15 ... we're in the process of adding a new design to our collection of expanding tables. 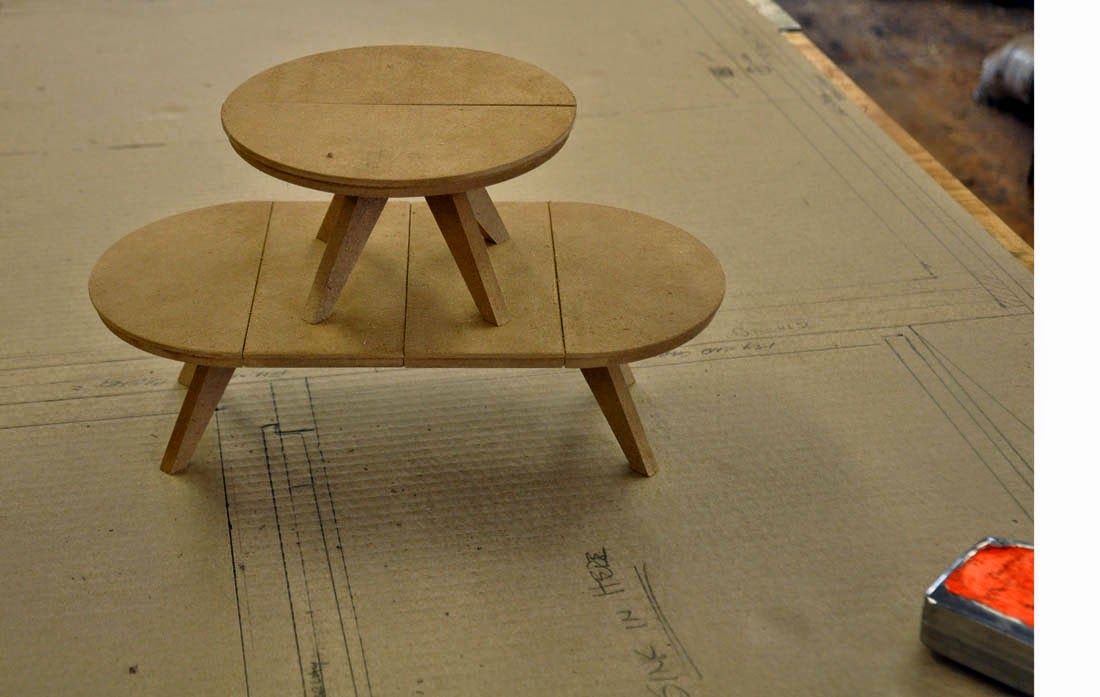 this one was a collaboration between our client, who sent us photos and guided our sketching, and me, who did the drawings, and trevor, who made the models above. 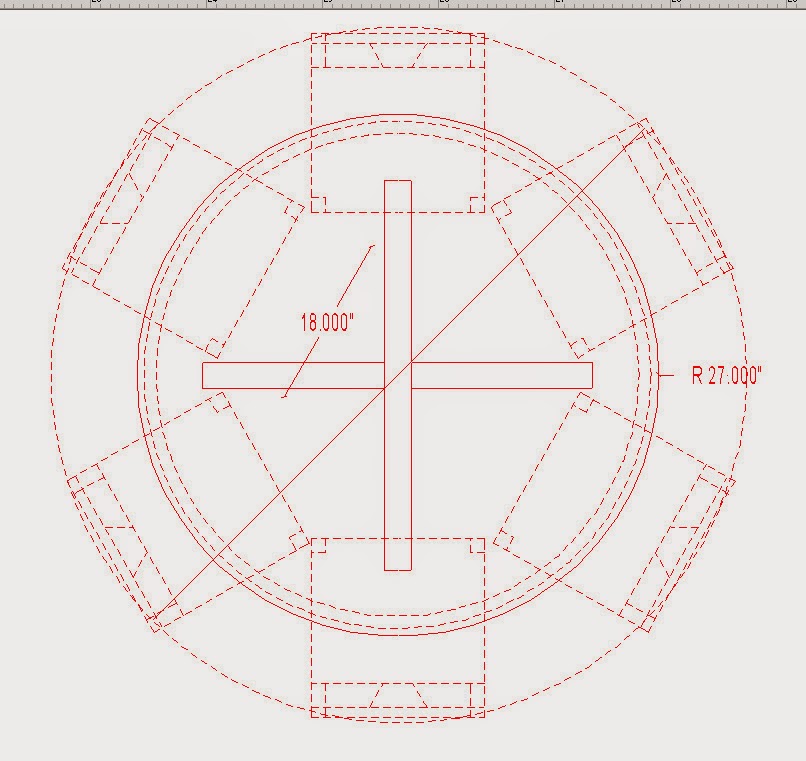 we started out with the base splitting and separating with the leaves and then realized that
the whole concept would be easier to execute and would work better if the vertical base sections were at a 45 degree angle to the split in the table top. 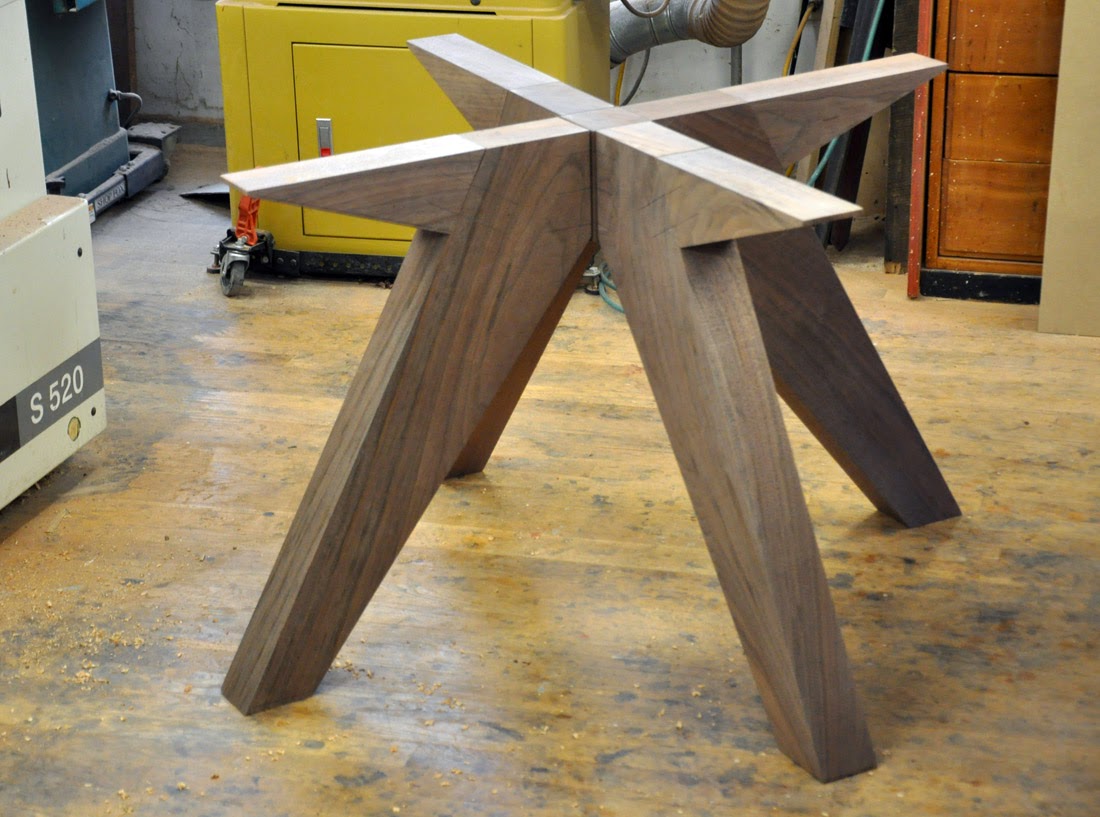 there is a 3.5" square block in the center of the four verticals that was
split on a 45 before the final glue up. 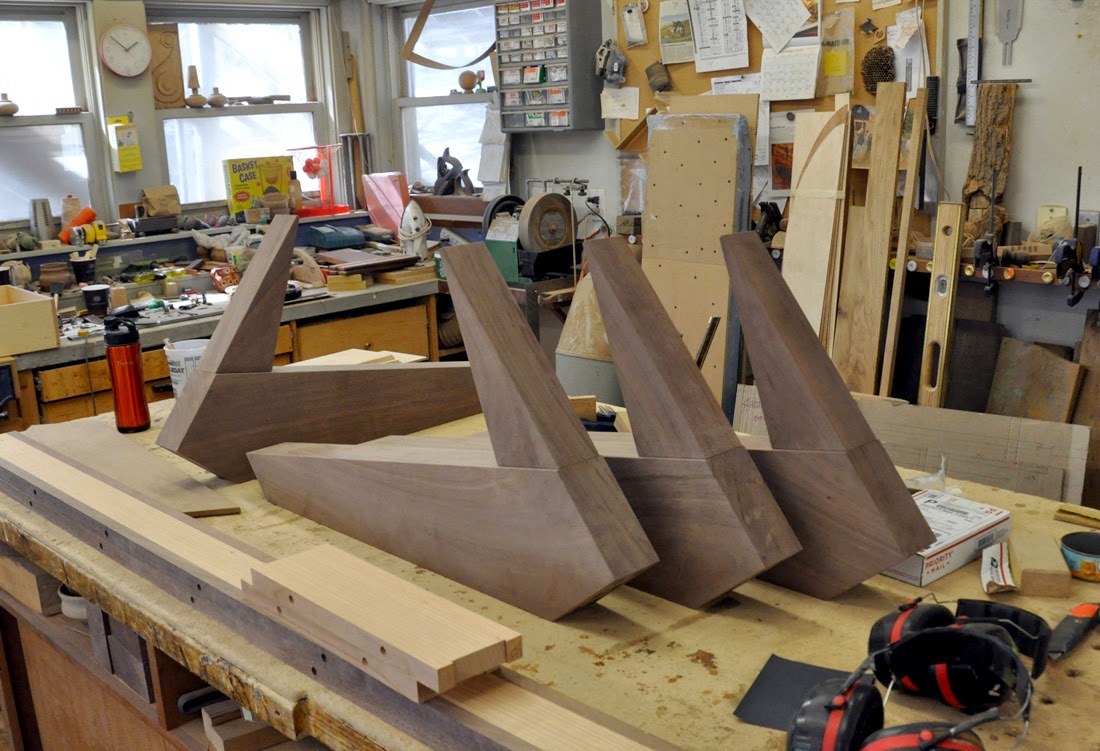 here are the four verticals with their braces glued on.  the joints are reinforced with dominoes. 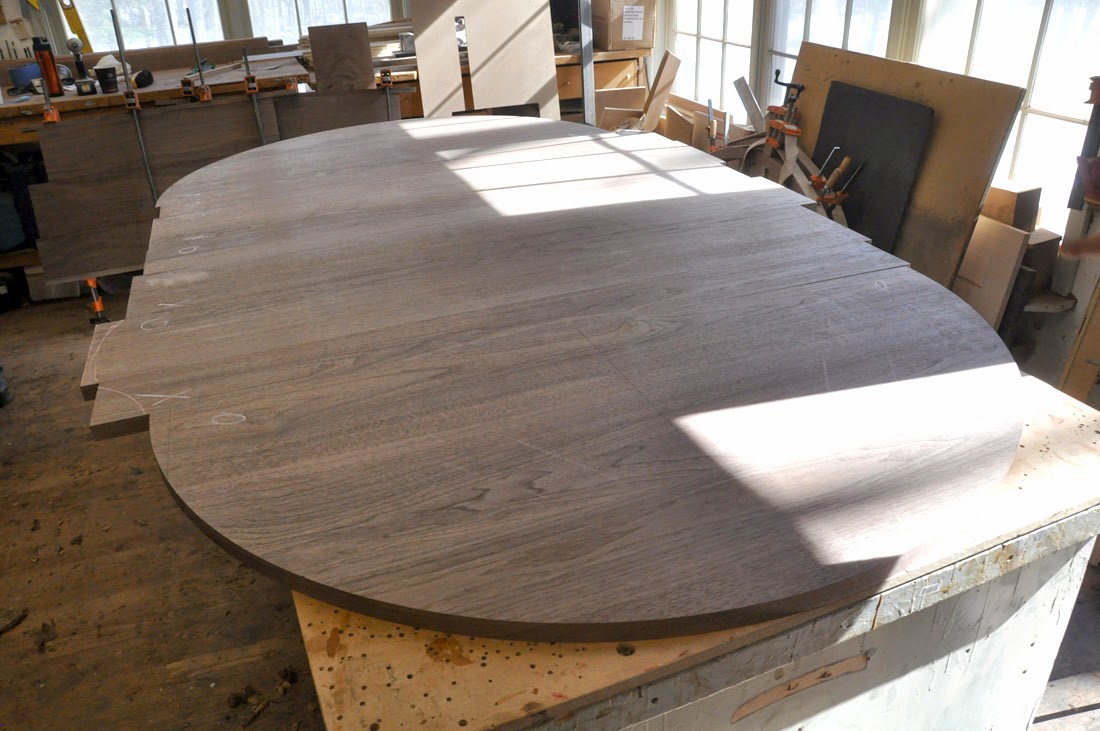 moving along in the process ... trevor will add the run ners and the sub top this week, after we finish up
the steel and walnut pool table ...

more later as we move it along ...
Posted by Dorset Custom Furniture at 5:05 PM 1 comment: 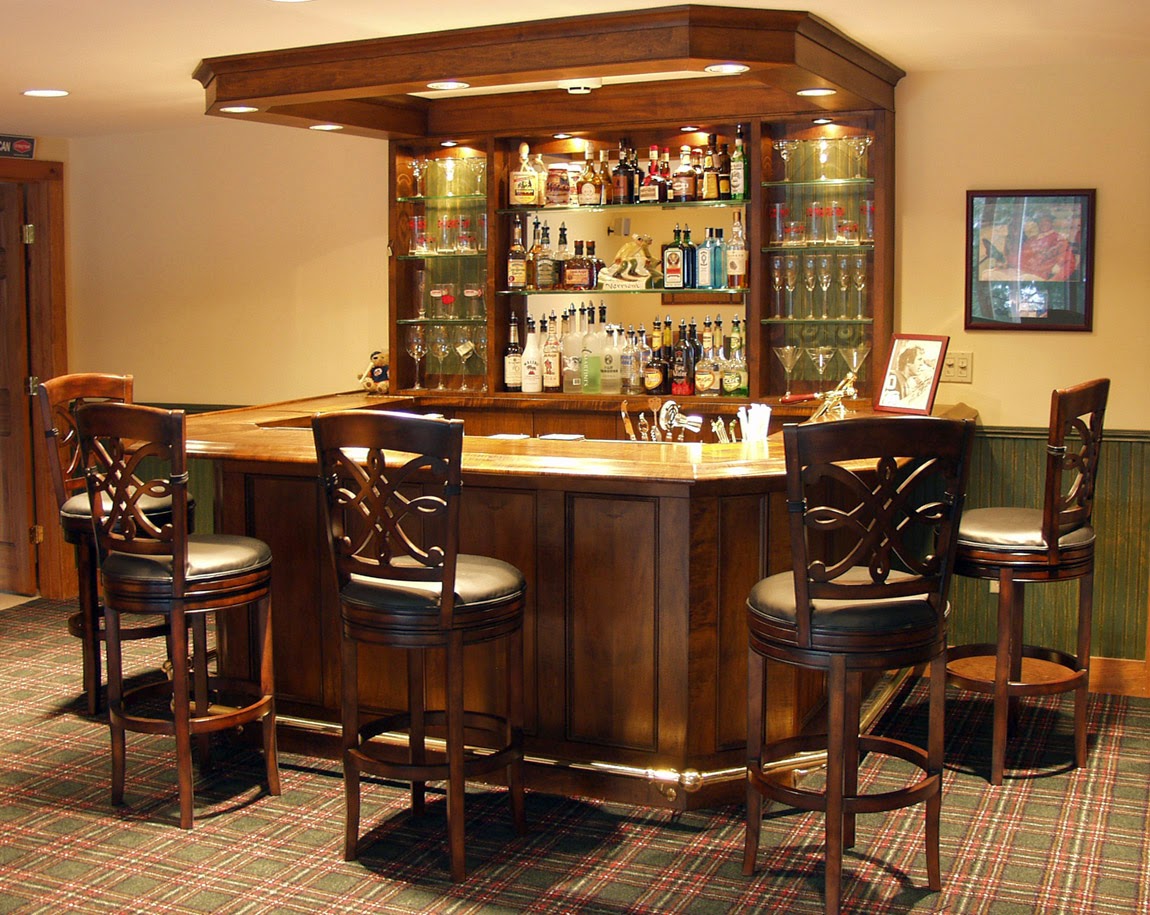 well ok, here's a blast from the past ... we, or should i say, me and the guys who were working here with me in 2004 made this bar for a client at stratton mountain ski area, about a half hour to the southeast by car from my shop.  i had a request today from a potential client to look at an antique front bar he has purchased and to design and build a back bar and incorporate a sink and frig in the whole deal somewhere.  i haven't been to see it yet, but i hope to get over to his house nearby to have a look next week.
click the photos to enlarge them ... 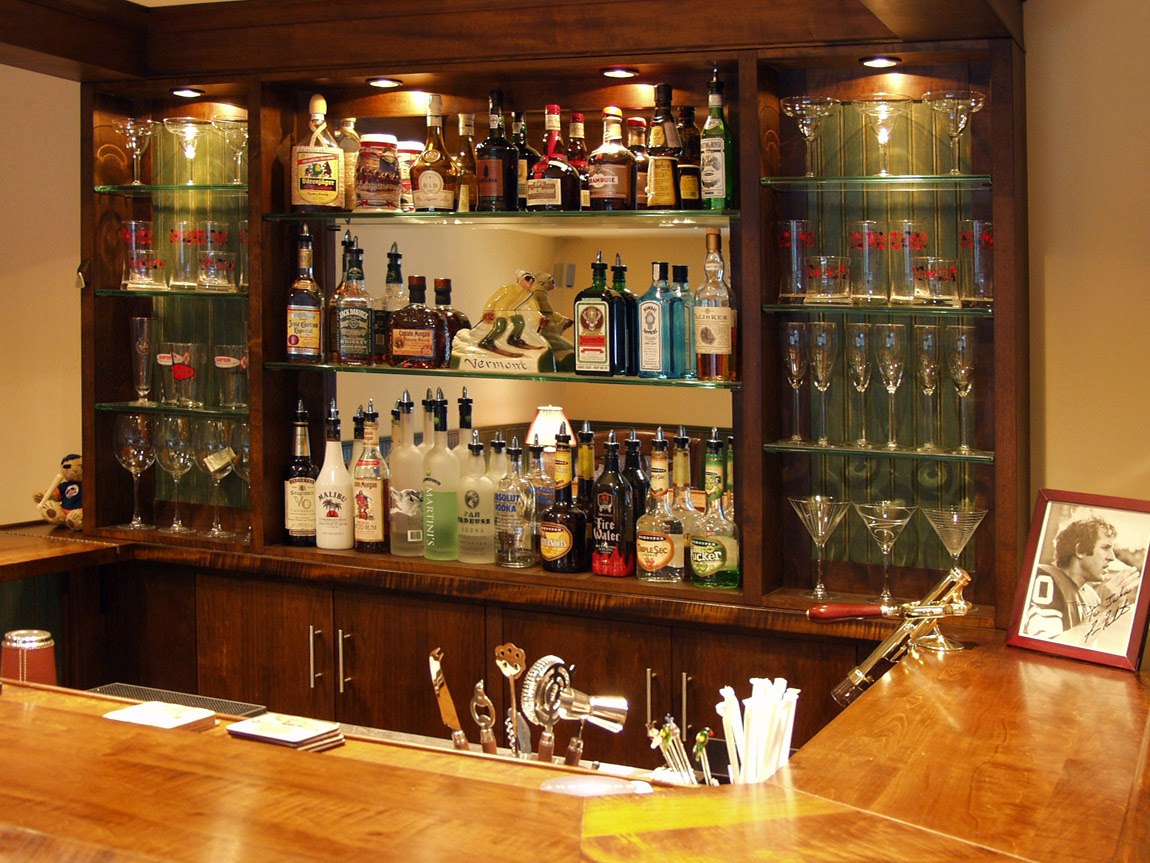 i like bars.  when i came to town here in 1971, i had been traveling the country for a couple years after penn state, 'looking for a place to live' i was telling myself at the time.  actually, what i think i was looking for then was #1., a wife or significant other, and #2. something to do that didn't involve working late nights and sleeping half the day away.  the money was good though then and i got to live in some fancy spots along the way, fort lauderdale, the ocean reef club in key largo, washington dc, montauk, palm springs, and just before vermont, i made a brief trip to europe.  life was good.  and it got better when i met the wife, at the bar i was working in.  she went on to become the first female bartender there, and we are still friends with the gentlemen and his wife who hired me 44 years ago.  they were here for dinner last night. 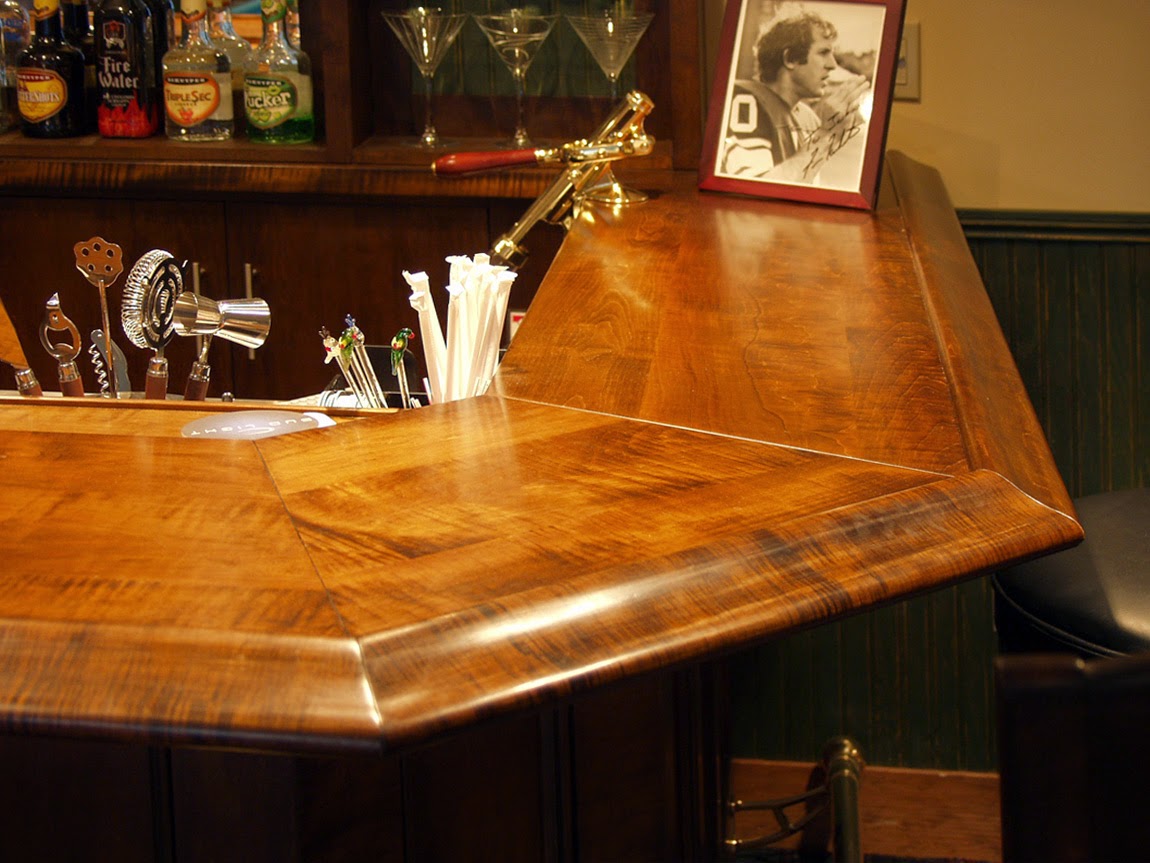 i've made some bar like pieces of furniture, and i once helped build a 35' long, quicky commercial bar when i was a carpenter, but i'm hoping we get to build another small, intimate, classy home bar along these lines. 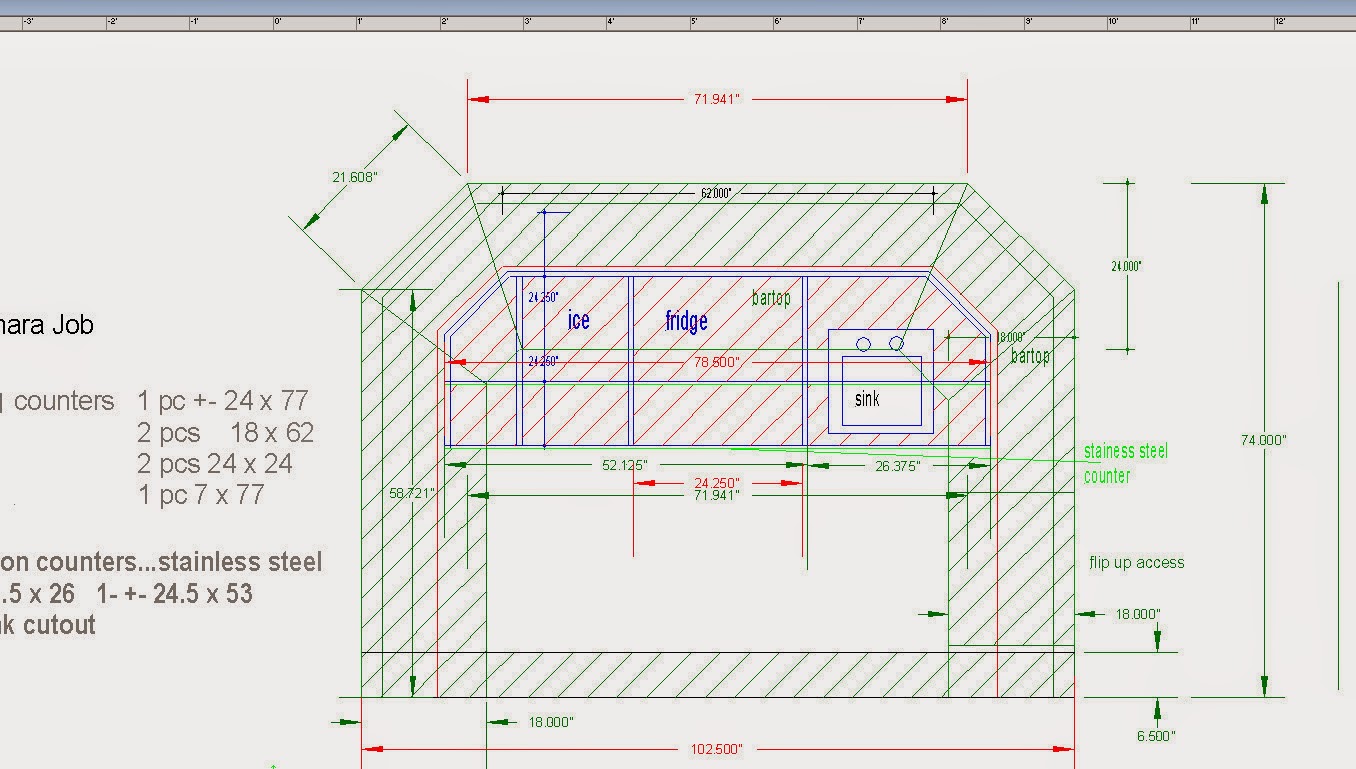 i was just learning my cad program in 2004 so the drawings are a bit cluttered, but obviously, they worked.  this was a challenging, fun project and it took me a good solid half hour to find the folder that the pictures were in.  that folder was entitled 'on site photos' and it contained some real gems .. more on that, and hopefully, this project shortly ... 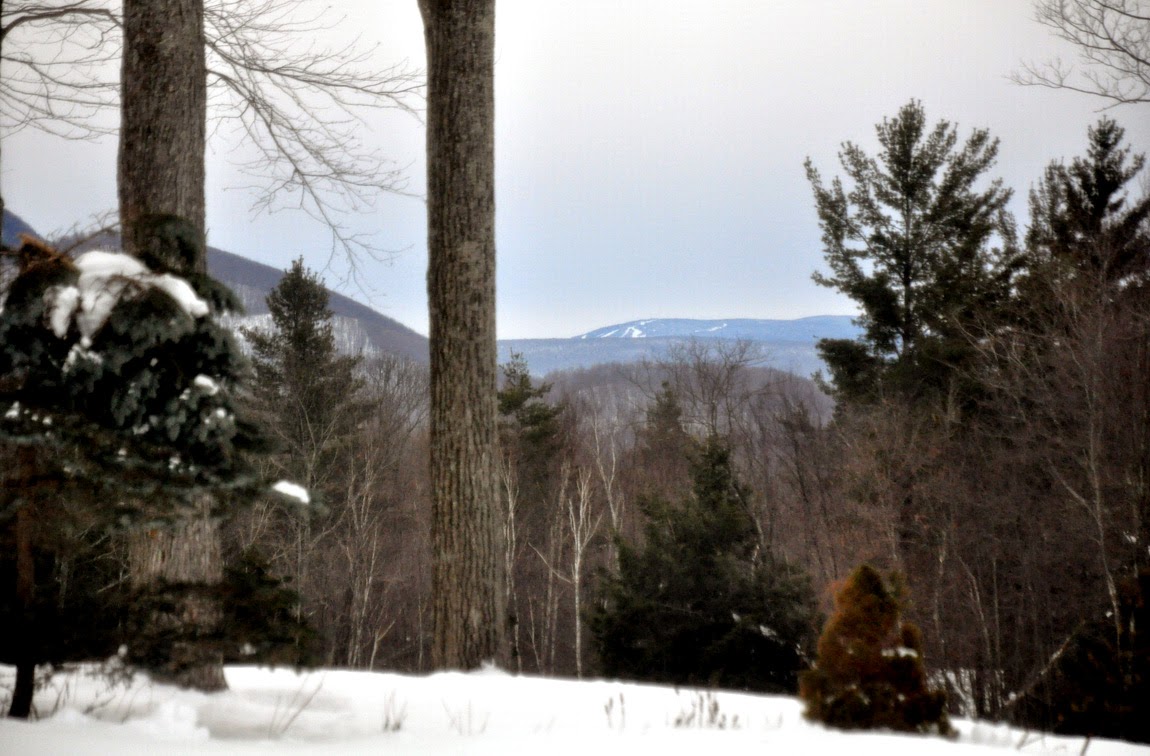 i can almost see that 2004 bar from here.  that's stratton mountain from the back yard, about 20 miles
away as the crown flies.  you can just see the top of mount snow behind it, another
15 or 20 miles to the due southeast of stratton.

all for now.
Posted by Dorset Custom Furniture at 5:17 PM No comments:

Email ThisBlogThis!Share to TwitterShare to FacebookShare to Pinterest
Labels: a custom curly maple bar and back bar with a sink, a frig, mirrors and glass shelves.
Newer Posts Older Posts Home
Subscribe to: Posts (Atom)