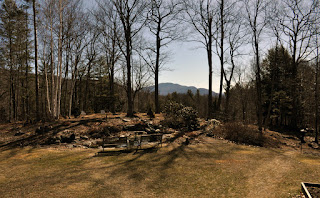 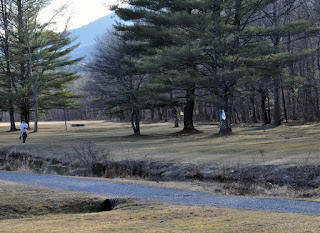 it's been almost a month since i wrote my last blog post ... don't know why, just needed a break i guess.  it might also be the spring in the air ... the convertible is out and the top has been down several times.  crazy weather for march.  the wood frogs are croaking (most years it's april before that happens), the robins and buzzards are back. ducks on the pond.  black spotted salamanders are out ... all that is also rare in march. and, i've golfed twice already!  once at 'arlington national', a par 3 down the road, and once at kingswood, a real course that opens early in nearby hudson falls ... manure on the asparagus and the garden today, kit stacked some of next years firewood.  cold again now though. so here's what happens in about a month at DCF. ... long post coming up ... 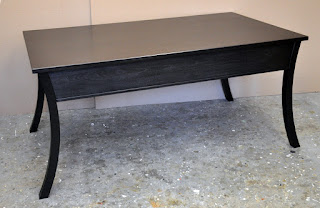 we have managed to get a few things out the door though, and that feels good ... 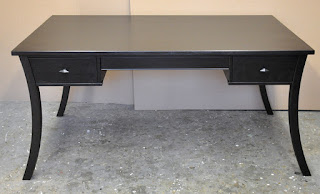 this 'black' walnut desk was a collaborative design with a new local client .. 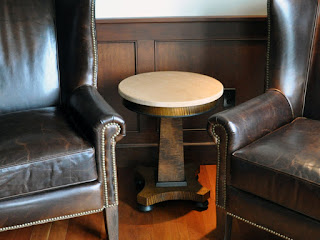 and we did a couple small tables for the husband's office at the same time .
they've got stone tops on them now 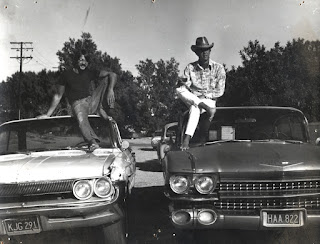 and i learned of the death of a long time friend ... i lived and traveled with mr. johnson, on the right above on his 59 caddy.  that's me on the left on my '61 f-85.  we lived and worked as bartenders/waiters for 2+ years traveling the country and europe .. starting in december of 1969, we moved from ft lauderdale to the ocean reef club in key largo, then to washington,dc for a month at blackies house of beef, 22nd and m st., 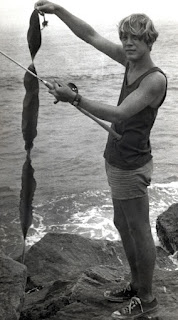 then on to montauk, above for the summer of 1970.  fall we went off to san francisco, which turned out to be unionized, so we couldn't easily get jobs there, and then to palm springs, which wasn't.  we spent the winter there, saved enough money to do a couple months in europe, (on $5. a day as the book said then), and then to vermont where my sister got me a job as a bartender, and johnson got a job as a waiter.  i got off the bus in arlington, the 5th of july, 1971 with $6. in my pocket and everything i owned in one hand ... met the wife about a month later and here we are now, 45 years later, buried in stuff.
life goes on ...enjoy every healthy moment ... 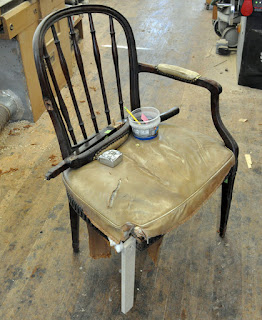 from basket case to good as new (almost) 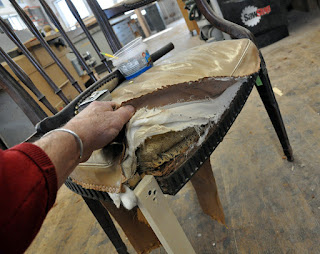 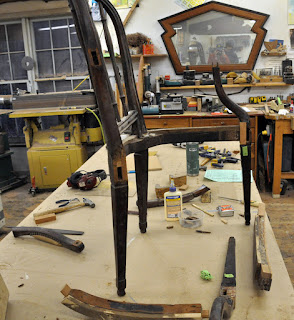 and here we have another challenging restoration ... it is the client's father's chair, and he has been sitting in it daily since at least 1992.  i fixed it quickly about 10 years ago, but this time we did a frame off restoration.  it's at the upholsterers now for the new leather .. should be sharp when it's done. 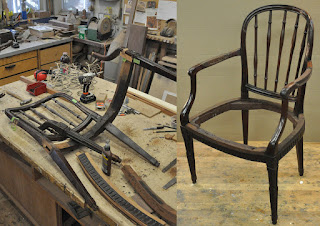 lots  of tracks of previous repairs ... a worthy piece though .
made me think of this new yorker article again 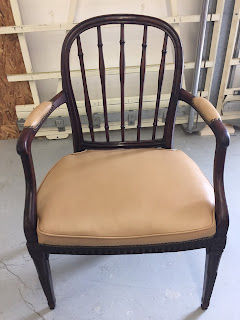 all in, all done .. new leather 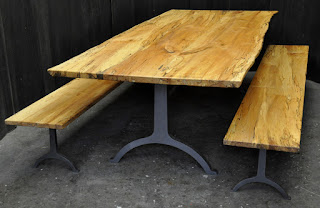 and we delivered another spalted maple table this week.  this one with benches with little mini shaker legs.  the  benches will have cushions eventually .. 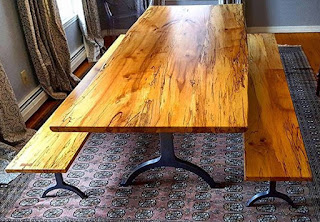 i received an enthusiastic email from the clients below who were not there when we delivered it ...
'We LOVE the table and benches!!! I'm working on the chairs that will go at the ends, and cushions or sheepskins to go on the benches, and once the look is complete, we'll send you some good pictures.
I'm at the office in Manchester today, Paul is with the boys- not sure if they'll be home this morning or not.
thanks again,
Chrissy' 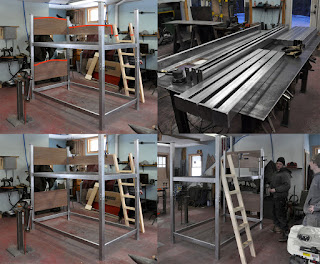 and this fairly serious project metal working project will be headed for burke mountain vermont on friday.  a pair of bunkbeds above and a trundle bed below .. they have a bronze patina on them now and the walnut headboards and ladder are finished .. should be sharp when it's all set up ... 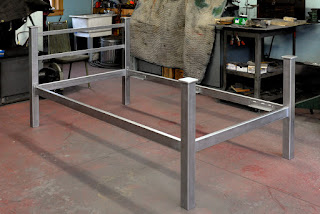 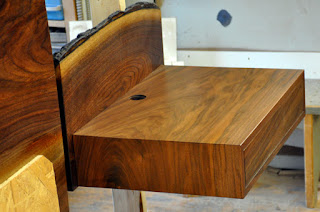 and we've got another bed headed for albany, probably tuesday.  you can;t see them in the photo, but there are also sort of 'hidden' big drawers under the platform.  they have angled faces, which were kind of a pain, but you'd never know they were there without getting down to look .. 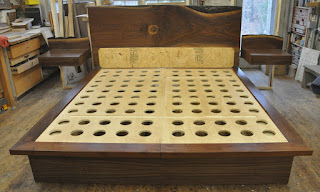 the drawer box slabs will hang separately from the main headboard. 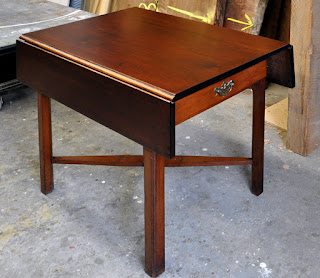 and we refinished a couple of small tables for a local client .. 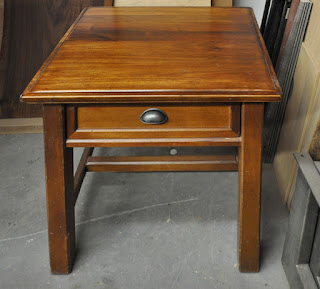 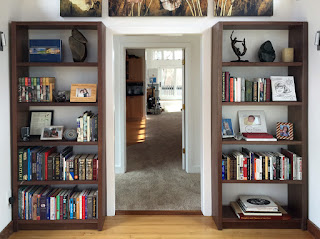 and delivered and installed these 8/4 walnut bookcase down by new york city ..
32" x 7'  lookin' sharp 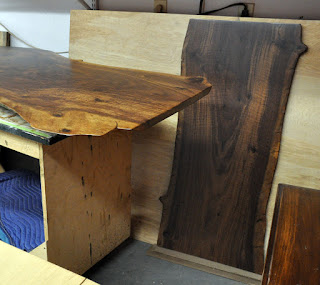 sanded and finished them and sent them on their way ... 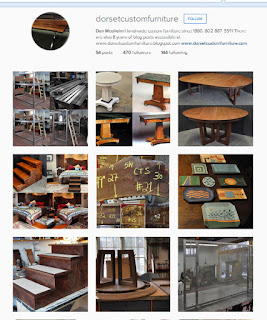 so, while i haven't been blogging, i have been posting to instagram, a newish thing for me ..
it's been fun trolling through the old stuff from the 80's and 90's, before digital.
follow along if you're interested ... #dorsetcustomfurniture 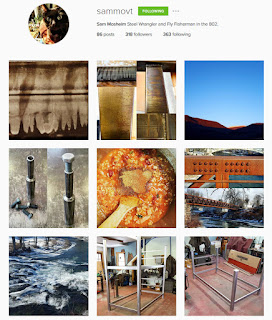 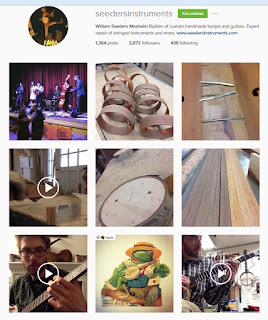 for banjo stuff, will is #seedersinstruments ... 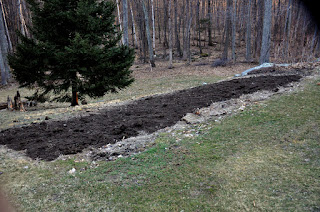 manure on the asparagus 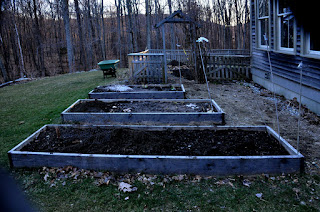